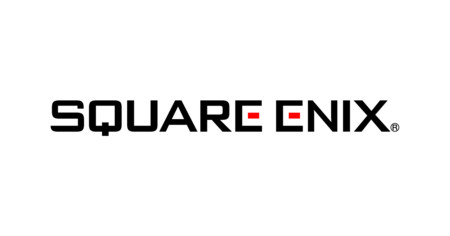 Square Enix‘s president and representative director Yosuke Matsuda posted a New Year’s letter on Saturday, in which he addressed several topics, such as NFTs (non-fungible tokens) and blockchains.

Matsuda expects to see value of NFT-based digital goods to match their true estimated worth, and he looks for NFTs “to become as familiar as dealings in physical goods.”

The medium-term business strategy that Square Enix had unveiled in May 2020 identified AI, the cloud, and blockchain games as new domains to focus its investments, in order to address these changes in the business environment.. The company has subsequently been aggressive in its R&D efforts and investments in those areas.

Matsuda explained that Square Enix is keeping a close eye on societal shifts in the area of blockchain games, which are built on the premise of a token economy. Although he realizes that some people who “play to have fun” and who form the majority of players have voiced reservations against the trend of blockchain gaming, he also believes that there will be people who are motivated to “play to contribute.” He sees a token economy as having the potential to provide content-generating users with explicit incentives, which would lead to greater consistency in their motivation. Matsuda hopes that this self-sustaining game growth and “decentralized gaming” becomes a major trend. Square Enix plans to ramp up its efforts to develop a business accordingly, with an eye to potentially issuing its own tokens in the future, while listening to user groups.

Square Enix is looking to leverage cloud technologies to distribute content and develop content that “offers customers new forms of excitement” enabled by the cloud. Matsuda hopes that this will make the company’s content more accessible and its services uniformly available, and Square Enix will make ample investments in the cloud space.

The company established Square Enix AI & ARTS Alchemy Co., Ltd. (“AI & AA”) in March 2020 to pursue development in “entertainment AI” rather than “gaming AI” with a focus on on natural language processing, world models, and simulation technology. Square Enix plan to apply that to content and provide relevant technology to other companies, aiming to leverage these R&D efforts across its Digital Entertainment business.

Matsuda also talked about Meta, Facebook‘s new name, and its “metaverse.” He attributed Meta’s attention to advances in extended reality (XR) technology, increased prevalence of the cloud and 5G, blockchain technology, and other technological evolutions. He expressed hope that the “metaverse” will bring about impactful chances on Square Enix‘s business.

Square Enix had discussed in an earnings report in November that it was entering the NFT market and is thinking of entering into “blockchain games.”