TV Tokyo revealed on Saturday that the live-action series adaptation of Masayuki Kusumi and Jiro Taniguchi‘s Kodoku no Gourmet (Solitary Gourmet) manga will have a New Year’s Eve special for a fifth consecutive year, which will air from 10:00 p.m. to 11:30 p.m. The special is titled Kodoku no Gourmet 2021 Ōmisoka Special~Gekisō! Zekkei Zeppin Toshiwasure Road Movie (Solitary Gourmet 2021 New Year’s Eve Special~Full Speed! Leave a Troubled Year Behind You on a Road Trip to Sights and Meals). 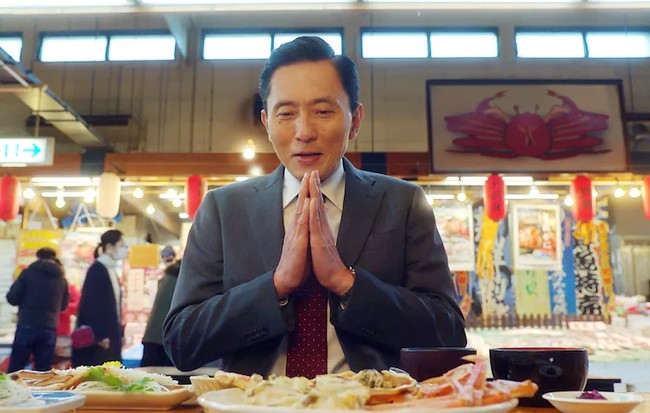 The special will see protagonist Gorō traveling to Kyoto, Hyogo, Mie, Shizuoka, and Tokyo in what is billed as the series’ first “road trip movie.”

Both the Kodoku no Gourmet live-action series and original manga follow a solitary salesman named Gorō Inagashira as he travels all over Japan and samples the local cuisine found on street corners. The live-action show’s ninth season premiered on July 9.

Fanfare and Ponent Mon will release the manga in English. The company had said the manga will “most likely” debut in spring 2021, but the series is now listed as debuting in April 2022.