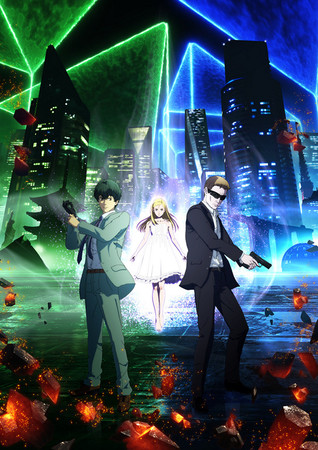 Sentai Filmworks announced on Tuesday that it has acquired the anime adaptation of Niantic‘s Ingress AR game. The company will release INGRESS THE ANIMATION on home video in March 2022 in the United States, Canada, the United Kingdom, Ireland, Australia, New Zealand, Scandinavian countries, Spain, Portugal, the Netherlands, and Nordic countries.

Since he was little, Makoto had a strange power which enabled him to read the memories of objects he touched.
Hiding his uncontrollable power, he works as a special agent in the police force. One day, while investigating an explosion at a laboratory that researches a unknown substance called “XM”, he sees a mysterious memory.
The memory was from Sarah’s ring, who was the sole survivor of the accident.
It was a sight of a person being swallowed into a red light and disappearing.
Makoto becomes embroiled in a massive conspiracy.
The battle for “XM”, a material that could affect human mind, starts now――

Wyrd Games Reveals A Kimon Titan Miniature For The Other Side