The rockin’on group, the publisher of the ROCKIN’ON JAPAN magazine and the organizer of the ROCK IN JAPAN FESTIVAL event, open a teaser site for its Rhapsody music anime project on Tuesday. The site and the accompanying teaser video announced that the project will launch on February 16.

The tagline of the project is, “…Rock is a story of grief and hope.” The story depicts the dedication and drive of four bands under the Rhapsody label: the four-member rock band Pink Flag with personal trauma, the loud rock band Haru no Jūjika (Spring Cross) of high school students, the folk unit Bluebird composed of childhood friends, and the EDM brother duo System of Romance (SOR).

The project will feature music tracks, live concerts, voice dramas, and anime. In addition to the teaser site, the project opened its official Twitter account and YouTube channel. The project also posted billboards and videos on the giant outdoor screens at Makuhari Messe, the Chiba venue of the rock festival “Countdown Japan 21/22” which launched on Tuesday. 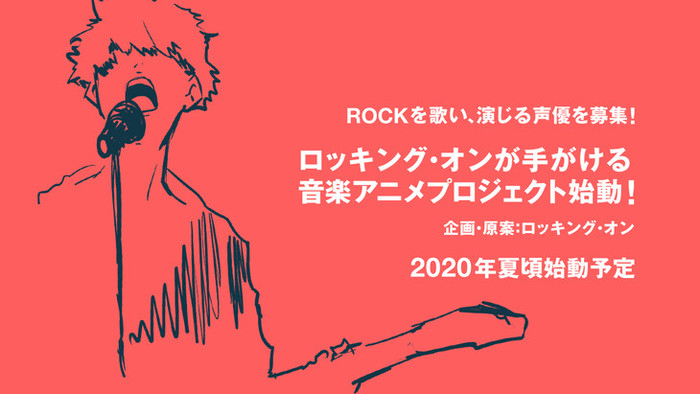 The rockin’on group had planned to launch its first music anime project in summer of 2020, after holding auditions from August 1 to September 30 of 2019.