So there I am reading Detective Comics #1046, drawn by Dan Mora, and published by DC Comics today. And who do we see walking through the snowy streets of Gotham? Well, it is Christmas… 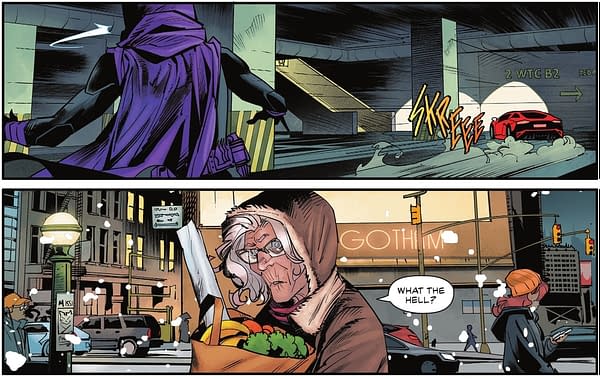 … look there, it’s Bridgette McGuire. You know, Bridgette McGuire from Once & Future, published by Boom Studios, also drawn by Dan Mora. Octogenarian monster hunter of fables that have been made real. 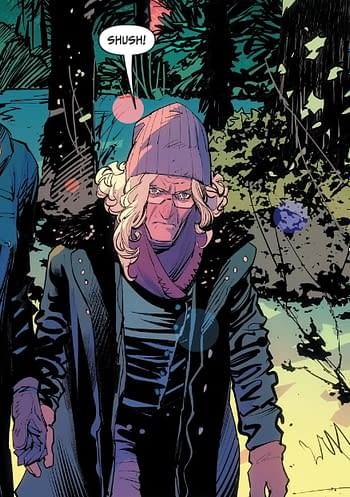 I am not shushing, Bridgette McGuire from Once & Future. This is a Christmas Crossover miracle. And I’m going to tell everyone. 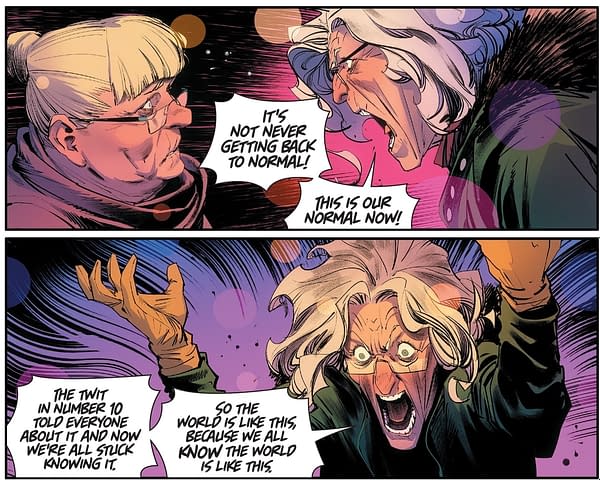 Okay, okay, I’ll keep it to myself. But Once & Future #29 is published by Boom Studios tomorrow. Is there any chance that… I don’t know… Batman will be in it? Quid pro quo?

DETECTIVE COMICS #1046 CVR A DAN MORA
(W) Mariko Tamaki, Stephanie Phillips (A) Dan Mora, David Lapham (CA) Dan Mora
“Fear State” aftermath! Bloody, broken, and beaten…Batman had a mission after The Joker War. He would no longer look over Gotham City from Wayne Manor; he would move to the heart of the city, get closer to its people and its problems. The fight he pursued would be different, but after Fear State he finds himself disillusioned. He is no longer the protector the city needs, and definitely not the one it deserves. Batman’s last night in Gotham City before his international sojourn is here. Backup: Harley Quinn guest-stars in the culmination of “Foundations”! Must Gotham City have an Arkham facility, and if so…will it be any different, or is doom on its way?
Retail: $4.99 In-Store Date: 12/28/2021

ONCE & FUTURE #23 CVR A MORA
BOOM! STUDIOS
OCT210746
(W) Kieron Gillen (A/CA) Dan Mora
What must Nimue do to save her son? Strike up a deal with the last person she’d ever team up with… Bridgette, her mother.
Meanwhile, Duncan must find another living legend. But are they an ally…or another monster to defeat? In Shops: Dec 29, 2021 SRP: $3.99