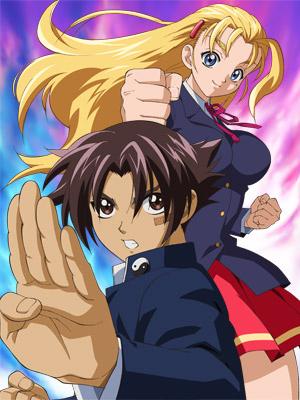 Crunchyroll announced on Thursday that it is adding episodes 26-50, the final 25 episodes, of the KenIchi the Mightiest Disciple anime to its catalog on Thursday in the United States, Canada, Central and South America, and the Caribbean, starting at 6:00 p.m. EST. The company began streaming the first 25 episodes in September.

The company describes the story:

Kenichi, who has been bullied but wishes to be strong, joins Karate club upon entering senior high school. However, he gets picked on by the other pupils in the club everyday. One day, Kenichi meets Miu, a beautiful girl who has just transferred from another high school. On Miu’s suggestion, Kenichi decides to be a disciple of Ryozanpaku, a mysterious training establishment. Kenichi could not imagine the brutal training he receives from the martial arts masters there… However, now Kenichi is marked by Ragnarok, a street gang group, and he is constantly defending himself from them.

Funimation is streaming all 50 episodes with English subtitles and the English dub in the United States and Canada.

Funimation had previously streamed the series until the company’s rights expired in 2018, and the service removed the anime. The company had also released the anime on home video.

Discotek licensed the series, and it will release an upscale version of the television anime, including the English dub. The first season launched on August 31, and the second season will ship on January 25.

The television anime series premiered in 2006. The manga also inspired a series of original video anime episodes that eventually ran on Japanese television.

Norco Will Be Headed To PC In March, First Act Available Now