The official Twitter account for the television anime of Yūki Yaku‘s Bottom-tier Character Tomozaki (Jaku-chara Tomozaki-kun) light novel series began streaming a new video for the anime on Friday. The video confirms that a new anime for the franchise has been green-lit. The announcement did not reveal the format of the anime. 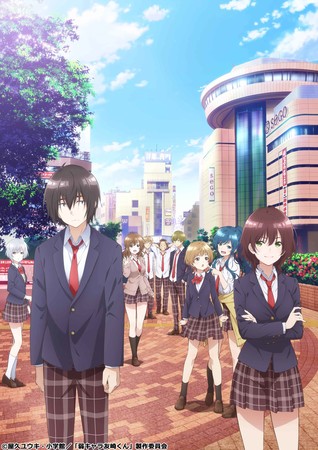 The first anime premiered in January 2021. Funimation streamed the anime as it aired in Japan, and it also streamed an English dub. Funimation describes the story:

Expert gamer Tomozaki Fumiya doesn’t exactly fit in, but he wishes he did. With no written rules for success and gameplay that doesn’t work in his favor, the real world seems impossible for someone like him.

But, like any noob, all he really needs are some strategies and a seasoned player like Aoi Hinami to help him. Hopefully with her guidance, Tomozaki will gain the experience he needs.

The anime also received two OVA episodes that were bundled with the third and fourth Blu-ray Disc and DVD home video volumes of the anime in May and June 2021, respectively. Funimation also streamed those episodes.