The official website for the anime of Kodama Kawajiri‘s Atasha Kawajiri Kodama Da Yo: Dangerous Life Hacker no Tadareta Seikatsu manga opened on Thursday and unveiled the anime’s main staff, January 13 premiere, and key visual. (The website also posted a promotional video, but the video is unavailable outside Japan.) 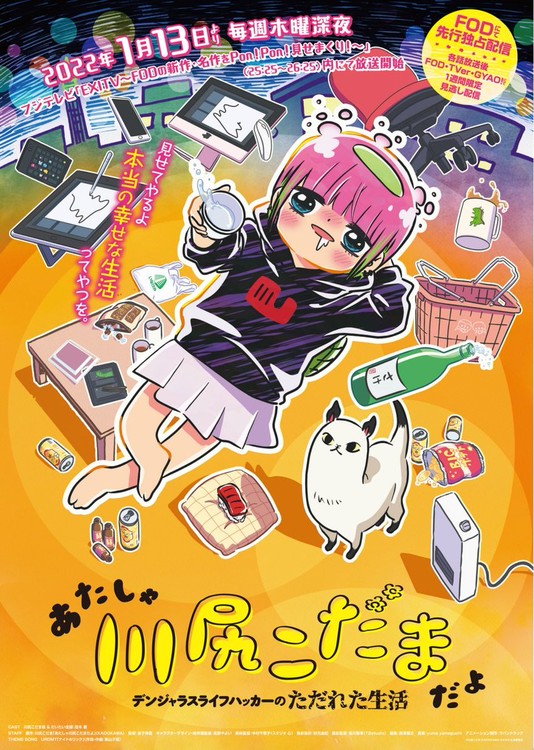 Shingo Kaneko (Alice SOS, Spiral) is directing the anime at Lapin Track (Sarazanmai, Uchitama?! Have you seen my Tama?), and Yayoi Takano is serving as both character designer and chief animation director.
Chieko Nakamura (Studio Cocolo) is directing the art, and Yuki Akimoto is the color key artist. Tomoyuki Shiokawa (T2 Studio) is the compositing director of photography, and Masayuki Kurosawa is editing. Yuma Yamaguchi is composing the music.

The anime will premiere on January 13 at 25:25 (effectively, January 14 at 1:25 a.m.) within the EXITV~FOD no Shinsaku Meisaku wo Pon! Pon! Misemakuri!!~ variety program on Fuji TV. The anime will stream 12 episodes early on the FOD service late night on January 13, and then stream the episodes on FOD, TVer, and GyaO! after their television broadcast. 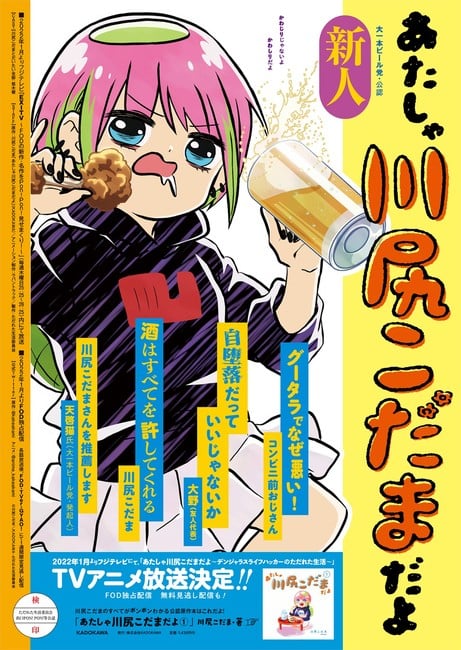 Aoi Yūki plays not only the main character Kodama Kawajiri, but “almost every other role.” 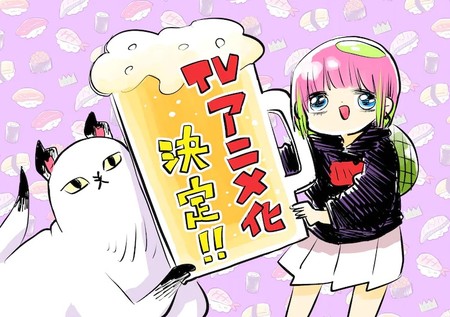 The essay manga depicts the lazy, unhealthy daily life of Kawajiri, who loves alcohol and anything greasy, salty, or sweet.

Kawajiri’s manga debuted on Twitter in 2020, and his account has since garnered over 290,000 followers. Kadokawa published the manga’s first compiled book volume on November 5.